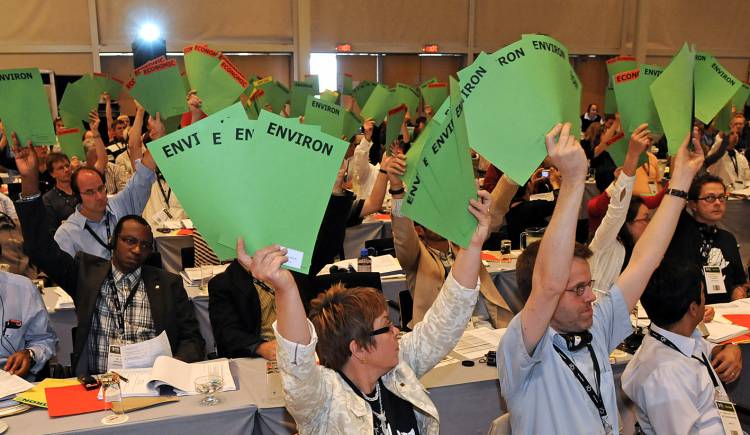 The General Assembly, consisting of all FSC members, constitutes the highest decision-making body.

At the General Assembly, motions are proposed by one member, seconded by two more, and deliberated and voted on by all members. Members are entitled to vote to amend the bylaws, initiate new policies, and clarify, amend or overturn a policy decision by the board.

Members apply to join one of three chambers – environmental,social, or economic – that are further divided into northern and southern sub-chambers.

Each chamber holds 33.3% of the weight in votes, and within each chamber the votes are weighted so that the North and South hold an equal portion of authority, to ensure influence is shared equitably between interest groups and countries with different levels of economic development.

The votes of all individual members in each sub-chamber represent 10% of the total vote of the sub-chamber, while the votes of organizational members make up the other 90%.

The members vote for the board of directors, which is accountable to the members. There is an international board elected by all members and a US board, elected by the US-based members.