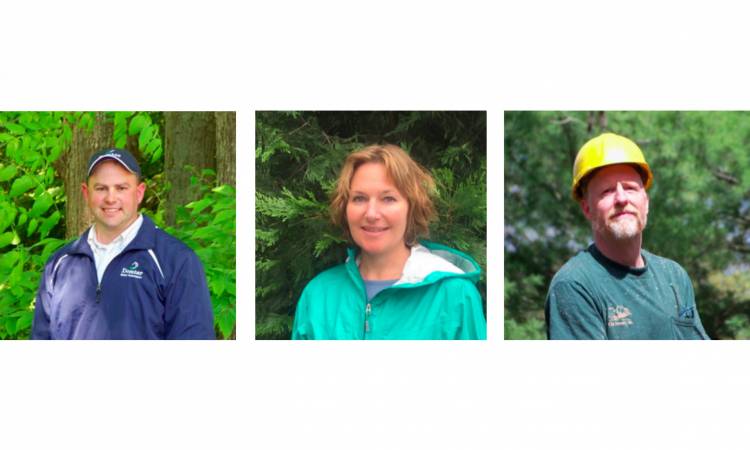 FSC US is thrilled to welcome two new members to the US Board of Directors, as well as one returning director.

In the Economic Chamber, Luke Dillinger was elected for a second term on the US Board of Directors. Luke currently serves on the Governance and Policy/Standards committees. Luke is the Wood Procurement Manager for the Domtar Johnsonburg Mill. In the four prior years, he was the Forest Certification Manager for Domtar. Read Luke’s biography and position statement.

In the Environmental Chamber, Brent Davies is the Vice President of Forests and Ecosystem Services at Ecotrust. For the last two decades, Brent has worked with tribes, nonprofits, private landowners, businesses, and government agencies to develop and implement innovative conservation, restoration, and economic development strategies. Read Brent’s biography and position statement.

In the Social Chamber, Fred Clark is the Executive Director of the Forest Stewards Guild, a national organization dedicated to sustainable forestry and forest science. Since 1989, Clark has worked as a forest ecologist for The Nature Conservancy, as a service forester for the State of Wisconsin, and as a consulting forester and forestry contractor. Read Fred’s biography and position statement.

The US Board of Directors is responsible for representing FSC’s three chambers, and works closely with the FSC US staff to develop strategy, review and approve national forest management standards and policies, ensure effective financial oversight of the organization, and oversee the chief executive. In addition, the Board plays an important role in FSC globally, working on issues affecting the broader FSC community.

Each Board member serves a three-year term. In a typical year, three Board member positions, one from each chamber, are open for election. The 2016 Elections began in May with a call for nominations distributed to FSC members based in the United States. Nominations closed and voting opening in July, and voting closed in mid-August. For more detail about the process, please visit the FSC US Board of Directors 2016 Elections webpage.

FSC US congratulates our new directors and extends our appreciation to all of the FSC members who ran for election, as well as all those who participated in the elections process for their continued support of FSC. Our democratically elected Board of Directors is critical to FSC’s credibility and sets our system apart.