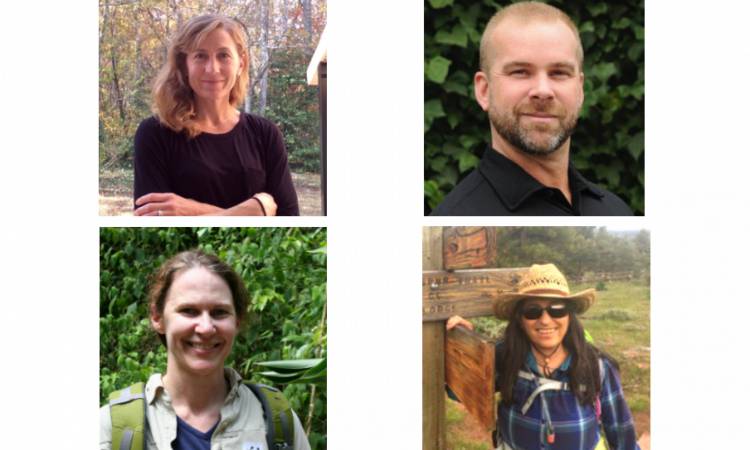 The Forest Stewardship Council is thrilled to welcome three new members to the US Board of Directors, as well as one returning director.

In the Economic Chamber, Sophie Beckham was elected for a second term on the US Board of Directors. Sophie currently serves on the Executive, Policy/Standards, and Marketing & Markets committees. Sophie is the Senior Manager of Natural Capital Stewardship at International Paper. Prior to joining IP, Sophie applied her training as a forester to work in domestic and foreign contexts, holding positions with forest management organizations and home furnishings retailers. Read Sophie’s biography and position statement.

In the Environmental Chamber, Jason Grant is a leader within Sierra Club’s Forest Certification & Green Building team, and has represented the Club at the last two FSC General Assemblies. Jason has spent much of the last 25 years working to promote responsible forest management and forest conservation throughout the marketplace. Read Jason’s biography and position statement.

In the Social Chamber, Cece Headley is the Vice President of the Board of Directors of the Northwest Forest Worker Center. Over the years, Cece has also served on numerous local, regional, and national boards, committees, and working groups representing and advocating for forest workers and NTFP harvesters. Read Cece's biography and position statement.

The US Board of Directors is responsible for representing FSC’s three chambers, and works closely with FSC US staff to develop strategy, review and approve national forest management standards and policies, ensure effective financial oversight of the organization, and oversee the chief executive. In addition, the Board plays an important role in FSC globally, working on issues affecting the broader FSC community.

Each Board member serves a three-year term. In a typical year, three Board member positions, one from each chamber, are open for election. The 2017 elections began in May with a call for nominations distributed to FSC members based in the United States. Nominations closed and voting opening in July, and voting closed in early August. For more detail about the process, please visit the FSC US Board of Directors 2017 Elections webpage.

FSC US congratulates our new directors and extends our appreciation to all of the FSC members who ran for election, as well as all those who participated in the elections process, for their continued support of FSC.

Our democratically elected Board of Directors is critical to FSC’s credibility and sets our system apart.