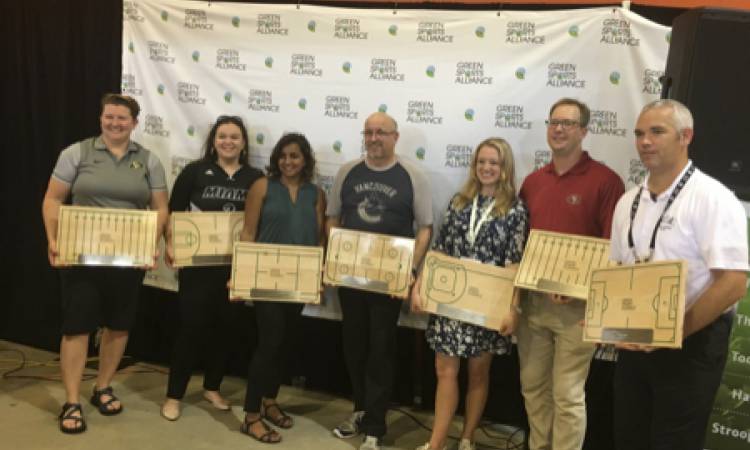 "It is not enough to stop harming the planet, it is time to start healing it." – Rio Olympics Organizing Committee

At the 2016 Summer Olympics, the organizing committee’s goal was to make this the most sustainable Olympic Games ever. While achieving this objective involved a wide range of activities, when it comes to use of FSC-certified forest products, the Rio Olympics set a new record. While exact numbers are hard to track, it is no exaggeration to claim that millions of FSC certified products were used during the Rio Summer Olympic and Paralympic Games, including:

In addition, FSC US was told – but had a hard time verifying during the excitement of the games – that thousands of beds, dressers and desks for the Olympics Athletes Village were FSC certified.

This June, FSC was pleased to attend the 6th Annual Green Sports Alliance Summit. FSC has been developing a partnership with the Alliance, exploring ways to engage leagues, teams, venues and ultimately fans about the importance of purchasing products from responsibly managed forests. This year, the winners of the Green Sports Alliance Awards were presented with FSC-certified wood plaques in the shape of various sports fields. The plaques were made from sections of the actual flooring from the NCAA Final Four made by Connor Sports. Recipients included the University of Colorado Buffaloes, US Open, BBVA Compass Stadium in Houston, and American Airlines Arena in Miami.

At the Summit, Mayor Kevin Johnson of Sacramento spoke of the city’s new Golden 1 Center stadium, which will be the greenest arena in professional sports with all wood FSC certified.