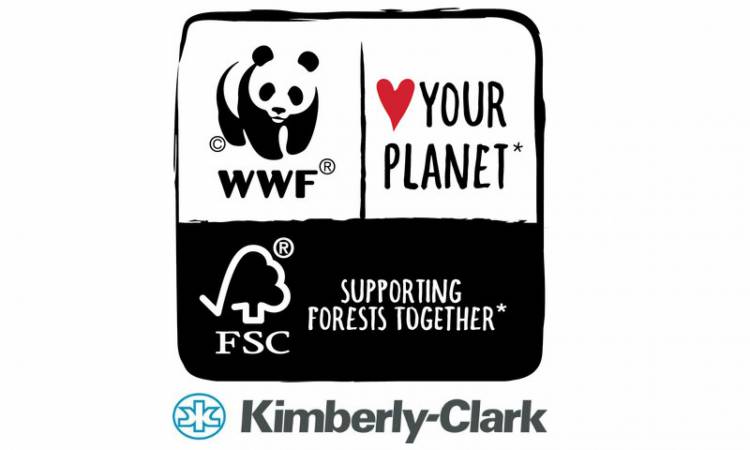 In June 2017, Kimberly-Clark and WWF announced a new campaign to raise consumer awareness about the benefits of FSC-certified responsible forest management. The partnership coincides with the prominent placement of the WWF panda and the FSC logo on the front of Scott-branded paper towels and on the back of the packaging a large text panel includes information about FSC and WWF. The products will be available first in Walmart stores nationally, before rolling out to other retailers. Over time, this initiative will be expanded to include other brands, such as Kleenex, Viva and Cottonelle. All of these products are FSC certified.

In addition to consumer education about FSC, the partnership is also focusing on forest conservation efforts around the world, including in the US Southeast.

In the press release about the partnership, FSC US president Corey Brinkema noted, "Across a wide range of products and countries, Kimberly-Clark has demonstrated an enduring commitment to the Forest Stewardship Council. Today their commitment extends beyond responsible sourcing to the education of their consumers about the importance of forest conservation. We applaud the new partnership with WWF, especially its focus on raising consumer awareness of FSC certification and its critical contribution to the health of forests in the U.S. and around the world."

In its recently released 2016 Global Sustainability Report, Kimberly-Clark’s senior director of global sustainability and FSC US board member Lisa Morden noted that in their forests and fiber efforts the company has, “increased the amount of FSC-certified virgin fiber in our tissue products to more than 80 percent, compared with 7 percent only just 10 years ago.”

Congratulations to Kimberly-Clark and WWF for their fantastic work.