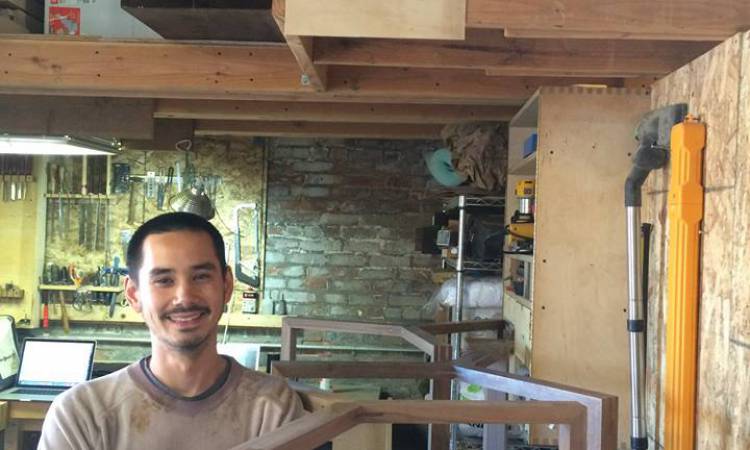 This year at Greenbuild, Forest Stewardship Council US communications director Brad Kahn will be participating in a panel discussion about the growing maker movement and the rise of micro-manufacturing, which is providing new opportunities to source furniture and building components hyper-locally from FSC-certified artisans and fabricators.

The panel, which will also include Josh Wise, Director of Workplace Ecology and Design for Etsy, and David Briefel, Design Performance Leader for Gensler, will focus on Etsy’s new headquarters asa case study to explore the maker movement's implications for designers, builders and local businesses.

As part of the project, Etsy organized an FSC group certificate to supply products that aligned with the project’s goals. In this way, FSC became a pathway for local businesses to access a large commercial development project. For example, Robert Sukrachand (Shown above at his Red Hook, Brooklyn studio) provided FSC-certified furniture for the project.

The session – called “The Maker Economy and the Rise of Distributed Manufacturing” – takes place on Thursday, November 19th at 8am. For more information, please visit the Greenbuild 2015 site.