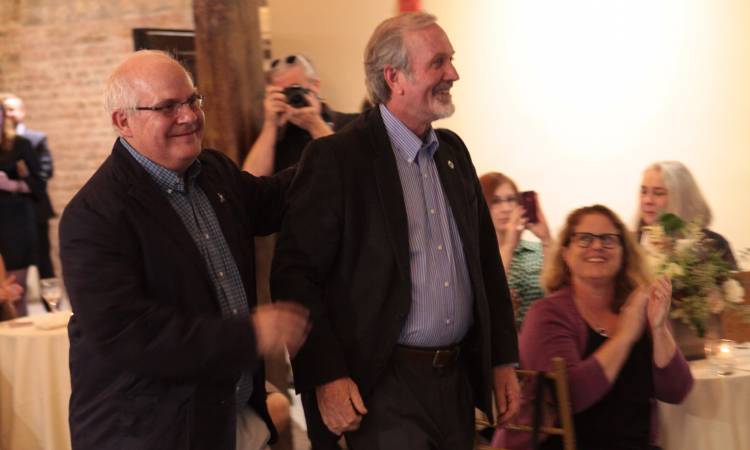 Ahead of the 2015 FSC Leadership Awards, we are highlighting stories about our 2014 winners in each newsletter leading up to this year’s celebration at Greenbuild in November 2015. The award winners contribute significantly to the FSC system and have incredible stories to share.

Nominations for the 2015 Leadership Awards were due on September 23, 2015. Keep your eyes peeled for the results and save the date for our Awards Ceremony on November 18th, 2015 at the Longview Gallery in Washington D.C.

Launched in 1991, WWF’s Global Forest & Trade Network (GFTN) recognizes that one of the most effective responses to deforestation is to turn the global marketplace into a positive force to save the world’s most valuable and threatened forests. GFTN now has nearly 200 participants representing 18% of the global annual trade in forest products. Ten of these companies are based in the US.

WWF’s forestry and trade experts work with the companies to develop responsible sourcing policies, identify and mitigate sourcing risks, share best practices, and much more. Requirements for joining GFTN include publicly committing to use only legal and responsible sources of wood, applying for credible certification, and agreeing to comply with the GFTN communication code of practice. GFTN participants gain access to dependable sources of responsibly grown and harvested timber, strengthened consumer and customer acceptance, and recognition.

In 2007, Kimberly-Clark set the goal of 100% FSC-certified suppliers by 2020. In the same year, they introduced Andrex in Europe, its first FSC-certified branded consumer tissue. In 2009, Kimberly-Clark became the first away-from-home tissue products company in North America to seek and obtain FSC chain-of-custody certification. In 2011, Kleenex and Scott Naturals became the first branded consumer tissues in the U.S. to adopt FSC certification and Kimberly-Clark Professional achieved FSC labeling for more than 95% of its North American tissues and towels.

By 2012, Kimberly-Clark Professional’s North America towel and tissue product lines were nearly 97% FSC certified, the largest percentage in the U.S.and Canada. By the end of 2013 Kimberly-Clark became the leader in procuring FSC-certified fiber as a percent of total virgin volume purchased (1,923 thousand metric tons in 2013 of which, 1,449 thousand metric tons were FSC-certified). In 2014, Kimberly-Clark launched a regional marketing campaign for FSC-certified Kimberly-Clark products with the Shoprite grocery chain in the Northeast US, with the goal of driving sales through the promotion of responsible forest procurement. By the year 2025, Kimberly-Clark’s goal is to ensure that 90% of the fiber in their global tissue products is made from Forest Stewardship Council certified fiber, recycled fiber or sustainable alternative fibers.

Richard Donovan & Dr. Robert Hrubes
Balancing collaboration and competition in a manner that is rarely seen in the business world, SCS Global Services (SCS) and the Rainforest Alliance (RA) are longstanding collaborative contributors to the establishment and advancement of the Forest Stewardship Council, furthering the practice and knowledge of responsible forest management for more than 20 years.

Both RA and SCS are founding members of the Forest Stewardship Council and were instrumental in developing FSC’s rigorous certification standards, audit protocols and accreditation system. SCS and RA were two of the three original certification bodies for FSC and are the only two original certification bodies still based in the U.S. The vast majority of forest management and chain of custody certificates in the U.S. have been issued by these two certification bodies. Both SCS and RA are distinguished for their continuing contributions to the advancement of the FSC and responsible forest management; both organizations have donated extensive amounts of pro bono time to FSC working groups and committees beginning in the late 1980’s and continuously since then.

Dr. Hrubes is an internationally recognized expert in natural resources management and environmental certification. In addition to being principal architect of the SCS Forest Conservation Program, he participated as a founding member in the Forest Stewardship Council, helping to design the certification program. Richard Donovan is a senior vice president and the vice president of Forestry at the Rainforest Alliance, where he has worked since 1992. Under his leadership the SmartWood program has expanded tremendously, now certifying all types of forest and forest products operations in over 60 countries.

Dr. Robert Hrubes from SCS and Richard Donovan from RA, in particular, have represented their respective organizations since the inception of the FSC and have stood out as dedicated leaders, lending their expertise, extensive experience and abiding commitment to the promotion and continual advancement of the FSC system, and helping forest managers and communities as well as companies trading in FSC products to gain recognition for their commitments to responsible forest management. 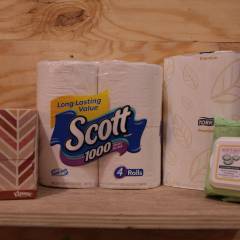