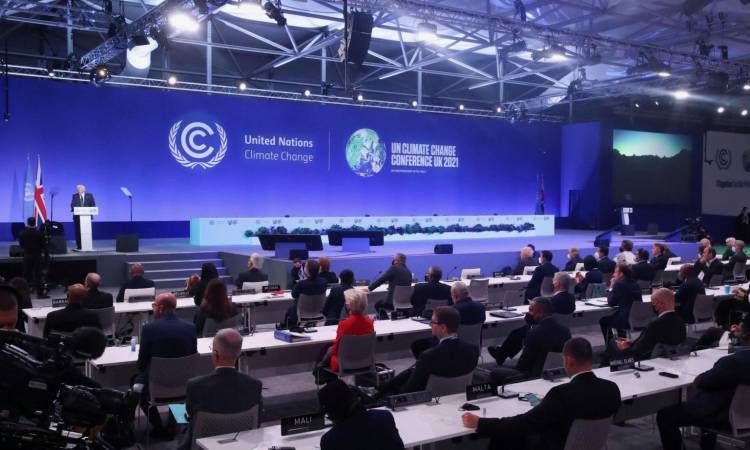 At the UN Climate Summit in Glasgow, Scotland – known as COP26 – the first major agreement was a “Declaration on Forests and Land Use” that was signed by more than 130 countries representing more than 90% of the world’s forests.

With President Biden looking on, Prime Minister Boris Johnson of Britain announced the agreement, which commits countries “to halt and reverse forest loss and land degradation by 2030 while delivering sustainable development and promoting inclusive rural transformation.”

The United States is a signatory to the agreement, along with Brazil, Canada, China, Indonesia, and many others. At the heart of the plan is an effort to reduce the financial incentives to cut down forests.

Kim Carstensen, director general of FSC, issued a statement of support for the agreement, noting that “forest protection and sustainable forest management must now become a central part of all efforts to combat climate change.”

“To have any chance of keeping below 1.5 degrees C of global warming, we must halt deforestation,” said Sir David Attenborough, the voice of conservation for millions.

A day earlier, Darren Walker, president of the Ford Foundation, announced that a group of foundations and governments have pledged $1.7 billion to support and partner with Indigenous Peoples and local communities to protect biodiverse tropical forests. Indigenous Peoples and local communities manage half the world’s land and care for 80% of Earth’s biodiversity, primarily under customary tenure arrangements, according to the announcement.

However, a recent study showed that Indigenous communities and organizations receive less than 1% of climate funding meant to reduce deforestation.

“We hold the best carbon capture technology our planet has to offer — our forests,” said Tuntiak Katan, a Shuar from Ecuador and an Indigenous leader representing the Global Alliance of Territorial Communities, which brings together elected leaders from the world’s largest tracts of forests in Indonesia, Africa, and Latin America and represents 35 million forest communities. “The work to protect the planet’s future will only be successful in partnership with Indigenous Peoples and local communities. We want to work with you to transform this world and to change people’s hearts. We are the solution you are looking for.”