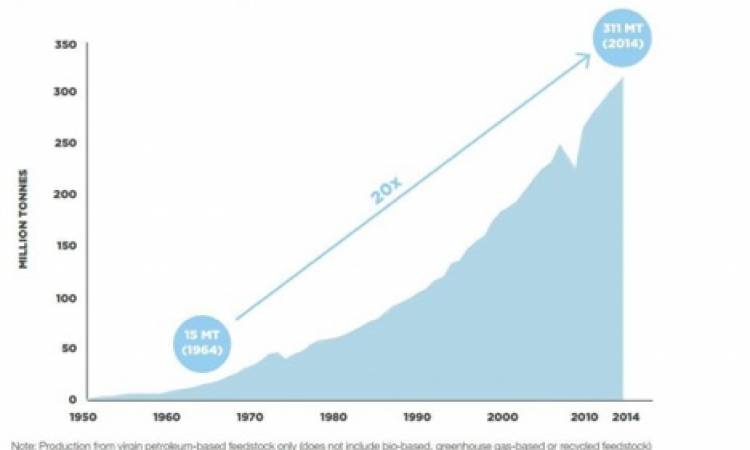 The recent news has been awash with stories of companies and governments instituting bans on single-use plastic straws. As governments, companies and consumers become increasingly aware of the challenges of single-use plastic, it is important that we don’t replace one problem (plastic pollution) with another (deforestation and forest degradation).

What follows are a few notes and observations about this trend – what it signifies, what it doesn’t, and what seems likely to happen next.

What bans?
Single-use plastic straw bans are now quickly taking shape around the country, including in Seattle, multiple cities in California and Vancouver, and at companies like Starbucks, Disney, McDonald’s, and Alaska Airlines.

Why straws?
The real issue is plastic, especially single-use plastic. Plastic has made many elements of modern life possible, but plastic pollution is now a global environmental crisis, most notably in our oceans. Because plastic does not readily decompose, much of which is produced becomes a source of pollution. To date, we have produced 9.2 billion tons of plastic, of which more than 6.9 billion tons have become waste. And of that waste, 6.3 billion tons were not recycled.

More than 40 percent of plastic products are used just once. And the 19 billion pounds of plastic that end up in the ocean every year is expected to double by 2025. Meanwhile, it’s not completely clear how long it takes for plastic to biodegrade into its constituent molecules - estimates indicate the process takes at least 450 years.

Scientists across the globe are increasingly finding wildlife killed after ingesting or becoming entangled in plastic. These plastics will not only kill more animals; they will decimate coral reefs and damage human health as microplastics enter the food chain. They will create more and bigger dead zones where nothing can live, harm biodiversity, and change ecosystems. And there will likely be additional unforeseen impacts, as researchers only started studying ocean plastics about 20 years ago.

Now, with that context, we can consider straws: in just the U.S. alone, one estimate suggests 500 million straws are used every single day. One study published earlier this year estimated as many as 8.3 billion plastic straws pollute the world's beaches.

But to what extent does tackling straws address the plastic pollution problem? Of the eight million tons of plastic flow into the ocean every year, straws comprise just 0.025 percent of it.

Why now?
At the time of the Sustainable Brands conference in late May of this year, it was clear that the straw issue was reaching a critical mass. We heard directly from multiple consumer brands of their intent to act. Major consumer brands appear compelled to act quickly to avoid being seen as late to respond. By the same token, as bans were already in place in some cities, the motivation of national / international brands may have been spurred to avoid operational complications. Finally, in addition to these reasons, the act of banning and/or ending the use of plastic straws was a comparatively easy, opportunistic way to demonstrate positive action in the face of the broader plastic crisis – both for consumers, and for the brands that serve them.

What’s good about this trend?
From FSC’s standpoint there are a few clear positives. First, if pervasive use of plastic straws ends, it will reduce the prevalence of at least one of the sources of plastic debris in the world’s oceans. Second, if responsibly-sourced paper straws become a de facto standard replacement for plastic straws, FSC will have an opportunity to increase responsible fiber demand and drive consumer awareness of FSC around the world.

What’s not so good?
While a handful of corporations, municipalities, and even national governments are proposing and implementing bans on plastic straws, these actions will not be nearly enough to solve the problem of ocean plastics. No single country, let alone company or municipality, can make a significant enough impact to solve the problem. Most experts agree that ocean plastic pollution is a problem demanding a more ambitious, global solution.

What’s next
Environmental groups say plastic straw bans are an important step toward their ultimate goal: ending the circulation of single-use plastic. While the straw bans we’ve seen represent a positive step, we can expect to see increasingly sweeping efforts to address the underlying problem. In the meantime, FSC will continue to seek to support those corporations and businesses seeking to eliminate or replace plastic straws, as the trend represents a market opportunity for FSC that should not be missed.