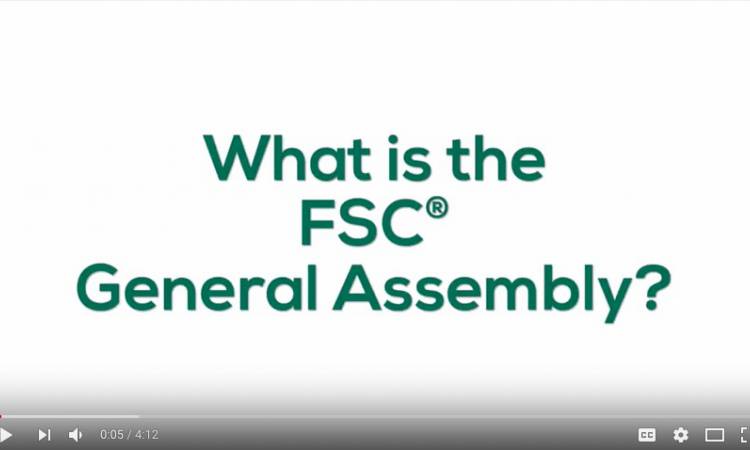 As a member-led organization, the FSC General Assembly is our top decision-making body. Convened every three years, the GA offers an opportunity for members from around the world to propose motions, gather, debate and ultimately vote on the organization’s governance, policies and changes to standards.

This year, the 8th triennial FSC General Assembly will take place on October 8-13 in Vancouver, BC.

To learn more:
• View the promotional video and an informative video from the previous GA in Seville.
• View related news items.
• View the preliminary agenda, side meetings, and field trips.

Registration for the General Assembly is currently open.

To assist US-based members in preparing for the General Assembly, FSC US staff and the US Board of Directors will coordinate national chamber and cross-chamber conference calls, connect members with their global chamber dialogue, and further clarify motion priorities across the entire membership in the US, as a follow-up from the July 11 meeting of members based in the U.S.

Stakeholders - including certified companies, NGOs, tribes, governments, and others - that are not yet members but are interested in learning more are invited to attend special events programming, including a reception and dinner on Tuesday, October 10. Please note, this option is only for stakeholders who are not yet members of FSC but interested in attending the General Assembly on October 10 to learn more about FSC. These stakeholders can register here.